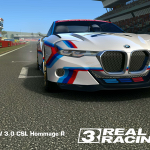 My first update was: 5.2.0 - Koenigsegg and Nissan (April 18th, 2017). I had just missed the one:1 event, as I was focusing on building up some gold first. I won every other new car presented in that update after quickly finding this wiki, a very useful place.

I push for Minimal Upgrade runs in SE events. This can require some very high skill, Group A tier driving in the worst cases. I am capable of it, I am just not consistent enough at it to go for Group A in time trials. However I am a group B frequent. I don't fully upgrade unless Group B covers the costs.

Ride The Storm (Not Enough R$, it was my first ever SE)

(As of the introduction of Archive events. Fearless and Ride The Storm are never likely to re-appear, due to the cars presented later getting LTS events, which the archives prefer)

Unlike the other admins, I don't have a large list of useful things (yet), but the least I can do is provide you with the links to their pages:

Retrieved from "https://rr3.fandom.com/wiki/User:SirDuck74?oldid=576788"
Community content is available under CC-BY-SA unless otherwise noted.