All posts by LamboCoin Cars

One night earlier this week my ads broke and I had to restart after a few hours. Didn't mind since I had other things to occupy me, but I am acknowledging it.

A reply to LamboCoin Cars
2

We go again around Berlin! I know many of us don't like these copy-pastes, so hopefully this is the last Berlin TTC for Season 8. We do have the new reconfigured NYC track, or Brooklyn Port Track as it's called, coming in 2 weeks time, so stay tuned!

Challenge: See if you can improve from the last TTC here in May!

This TTC week started on June 29th and will end on July 11th, lasting a total of 12 days. The next TTC will be the NYC TTC, starting on July 13th.

All the best for this TTC everyone!

I had some times where I'd do the 2014 10 lapper in Endurance Legends and I'd pull out over 10-11 kilometers lead just because I'm going so fast against slower bots. Unfortunately I don't get those anymore, most I get is 6-7k, probably because I'm so fast the bots are harder :)P

It is safe to collect your WTT rewards now. It seems most or all of the hackers have been removed, I know I moved up at least 60 positions from about 105th to 42nd.

A reply to LamboCoin Cars
2

UPDATE: Massively improved to 1:15.715, 85% into A. Actually very satisfied with that as I'm can't take T3 like the leaders do, and then banged in very goods sectors after that. This should be safe for A.

(edited by LamboCoin Cars)
A reply to Prange??
1

I can't give my take since neither work on my computer due to low ram. Really the main reason I stick to RR3 even through everything: personal accessibility.

I know for some time trials the results vanish for some reason after a long time (ex. I set a time in the Hyundai i20 WRC pro-am series in 2018 but it wasn't there in 2022). The only reason I can think your times would be removed would be because your account got suspended, but you mention none of that so I have no idea. Sorry to hear about it though. I got my first pole just 10 days ago and would hate to lose it now.

Anyways this week might either be a treat or your worst nightmare. It’s time to blow our minds at Mount Panorama, with a super fast on the straights Apollo, the corner-munching Volkswagen ID.R, and the brand new Aston Martin Valhalla!

Performance wise, unfortunately for Valhalla winners, the ID.R has the clear advantage this week. Despite being miserably slow on the straights compared to the other two, the cornering advantage, especially for those who can take the mountain section like its Pikes Peak run, will be the deciding factor. However I know this combo is going to be a nightmare, precision is key and it might be very hard to get a run. So for those of you who want a slightly easier option, the Apollo, although slower, is also quick. It does have the Evija speed effect, but it also has the cornering ability to neutralize the effect. I’m one of those who really started appreciating the Apollo after the Jesko event, and once you get used to it, you’ll find it’s actually a very quick, very fun car to drive, and 2.2g will feel like 2.2g. The Apollo has at least B potential, let’s see if Sunnyboy and those fast drivers can make it into A.

Unfortunately Valhalla owners, that car is not looking quick. Around a circuit where getting runs out of corners matters a lot, the Valhalla, although it has better acceleration than the Valkyrie, is by far the slowest car this week. If you saw just the sheer speed of the other cars in Stage 4.1 in the Valhalla event, you’ll get what I mean. Not only does it not have the acceleration of the others, but it also lacks the downforce that the Valkyrie has. Granted, it’s not supposed to be a Valkyrie clone, but I did expect more from it. I tested my Valkyrie which is similar on performance (maybe a bit faster too) to an FU Valhalla, and I could not go faster than my all 3’s Apollo, even with the extra downforce. Idk where it’ll sit, but I’m thinking C to E depending on your upgrades. Maybe I just don’t like the car, but I can tell you it won’t be that fast.

Note: I will no longer be giving out sales information given upgrade sales are gone for now.

First WTT for this car. Available in the Victory or Valhalla RECOMMENDED PR SPECIAL EVENT.

This week started on June 27th and will end on July 4th.

All the best for this week everyone!

(edited by LamboCoin Cars)
A reply to Basil Binz
0

I was one who got lucky with the LaFerrari LTS coming right as I needed to progress in Legend. My take would be get the Zonda since the others are much more expensive to buy (If the Vitesse was on sale week 3 I would've said get that, but oh well).

Great news, got my game back up and running. And I got it backed up on another phone, so something like this should never happen again. Hopefully. You never know with 10.5.

Backwards Camaro lap (I advertised it as the final video for now before, excuse that): 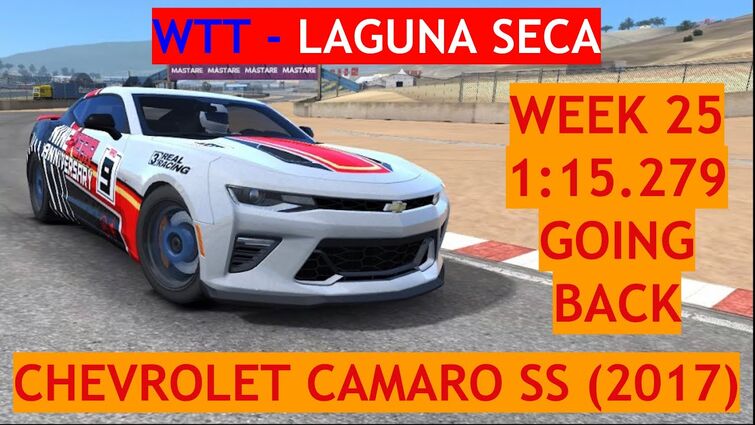 (edited by LamboCoin Cars)
A reply to Michael Pedrosa
4

I started RR3 in the middle of 5.3, June 18th, 2017. That brings back a sense of nostalgia, especially during days like today where my RR3 future is not certain.

What do you mean? I'm confused

A reply to LamboCoin Cars
0

Anyways here's my Merc laps. As you can see it's pretty good, the only reason I'd lose A is due to hackers, otherwise it'd be very safe:

A reply to LamboCoin Cars
0

There's now about 30 hacked accounts that have set corrupt times, absolutely outrageous... I should be about 85% into A, yet I'm only 67% in and if it keeps going I could well be knocked out. If FM don't act on this, idk what to say.

A reply to Michael Pedrosa
2

@RyanH.RR3 I am not endorsing these rumors, it's just what people are attributing to lower game quality recently. I have heard nothing about any RRN news and prefer to stay out of it.

@SlatBH I think he's attributing to that we have "However, it can be estimated that Season 1 will end in Update v10.6" in the Rounds Hub strategy page.

(edited by LamboCoin Cars)
A reply to Michael Pedrosa
3

I'm partially retiring at the end of this update due to how much they've messed it up, and I don't expect much more from RR3 if the rumors of RRN are true.